Ibérico de Bellota is the ultimate cured pork in the world. And in the world of Ibérico, Cinco Jotas is known as one of the most elite brands. In fact, the word Jabugo, the town made famous by Cinco Jotas, is now synonymous with top quality Ibérico ham.

Cinco Jotas uses only 100% genetically pure bred Ibérico pigs that live their entire lives roaming the countryside of Spain. Other companies will cross breed Ibérico pigs with other breeds to increase the litter size and raw meat production. Cinco Jotas prefers to use only 100% pure Ibérico even though it is more expensive.

Paleta is the cured front shoulder. Because it is smaller, it cures much more quickly and has less time to age than the jamón. While the flavor of a Cinco Jotas paleta is incredible, the jamón is considered the very finest due to its longer curing time. But many connoisseurs would argue that a Cinco Jotas paleta is superior to a jamón from any other supplier.

These paletas come from an ancient breed of pig, Cerdo Ibérico, which has been wandering the woodland meadows of western Spain feeding on acorns for thousands of years. Ibérico de Bellota is the pride of Spain, her most emblematic food, speaking to the countryside, the indigenous pork and the curing tradition that goes back millenia.

Each fall the breeders set aside a select group of young pigs, allowing them to roam the dehesa woodlands. There they feast upon acorns which fall in abundance from the holm oak and cork trees. They gorge themselves, putting on at least two pounds of weight each day! It is important to note that if you see a paleta or ham advertised as simply 'Ibérico' but not 'Bellota', the animals did not live this idyllic lifestyle and the quality of the ham is not the same.

When it is time for their sacrifice (the Spanish term for slaughter), these genetically unique animals produce Paleta Ibérico de Bellota that are marbled with rich golden fat infused with the flavor of the Ibérico pigs' favorite food: the acorn - 'bellota' in Spanish. Remarkably, a good portion of which is mono-unsaturated, similar to healthy olive oil. Sliced paper-thin, it glistens at room temperature and provides an inimitable rich nutty flavor and tender texture. 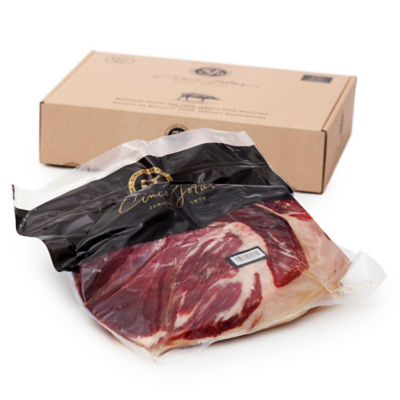 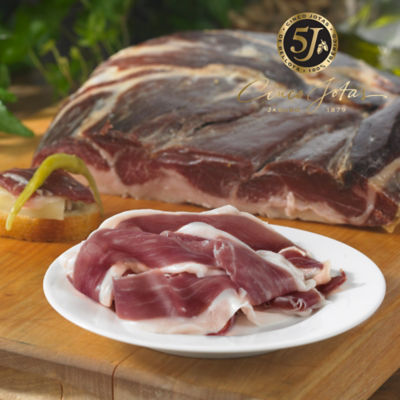 You May Also Need